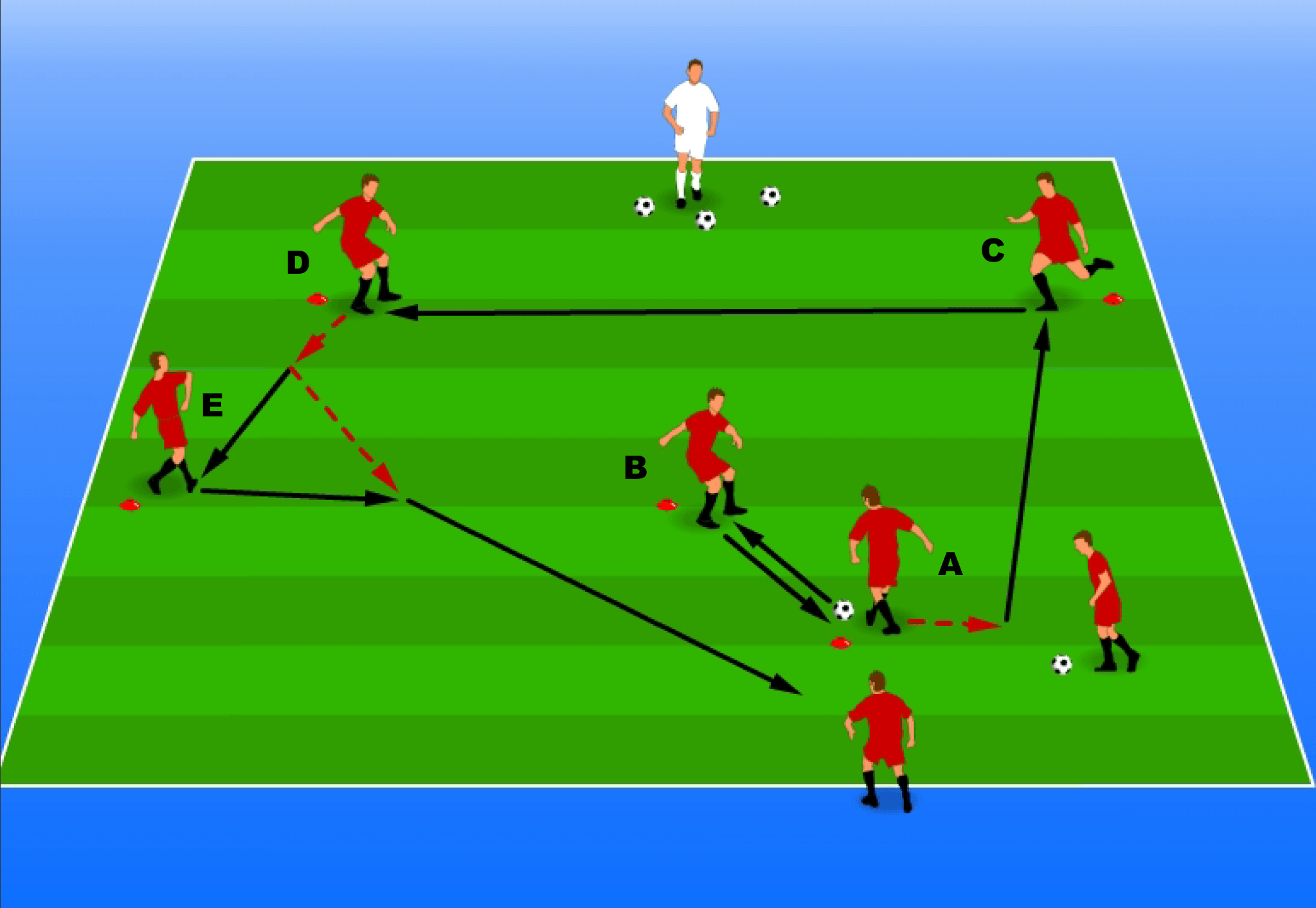 Set Up: There are 8-10 players set up on the small field, starting at the cones.

Procedure: Player A begins the drill with a double pass combination with Player B. From there, the play moves from Player A  C  D. Player D wall passes with Player E, and then returns the ball to the start. As soon as Player C has made his pass, another ball can start moving around the field. The players rotate counter-clockwise during the drill, and there should always be two balls moving during play.

Coaching Points:
1 A poor first pass in the combination will probably lead to a poor second pass.
2 All passes should be played to the feet of the receiver and not into space.
3 Players C and D have to change the direction of play in two quick touches.