Traveling youth soccer provides children the opportunity to develop a higher level of play and to compete against players from around southern New Jersey. Hamilton Elite FC is a member of the South Jersey Soccer League (boys travel soccer) and the South Jersey Girls Soccer League (girls travel soccer). Although traveling youth soccer is significantly more competitive than recreation league play, the foremost goal continues to be for the children to enjoy themselves and continue their development.

The travel soccer year begins on August 1 of the year of play and ends the following year on July 31. There are two travel soccer seasons, Fall Season and Spring Season. League play for the Fall Season begins in early September and ends in late November. League play for the Spring Season begins in March and ends in late May. Children participating in travel soccer are expected to play both seasons because, by league rules, teams are strictly limited in their ability during the soccer year to replace players. Participating in travel soccer does not, however, limit a child’s ability to play other sports as well — many travel soccer players also participate in organized youth baseball, softball, field hockey, street hockey, swimming and many other sports and activities.

During each season, teams practice one or two evenings per week for about an hour. It is very important for all players to attend practice. Practice is the place where the children improve their soccer skills. Also, soccer is a team sport and requires all of the children to work together. If a child continually misses practice, the child’s skill level will probably not match the other team members, the child will not be getting the full benefits of the program, and the team’s play will suffer as well. 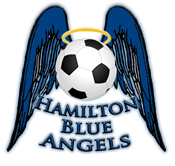